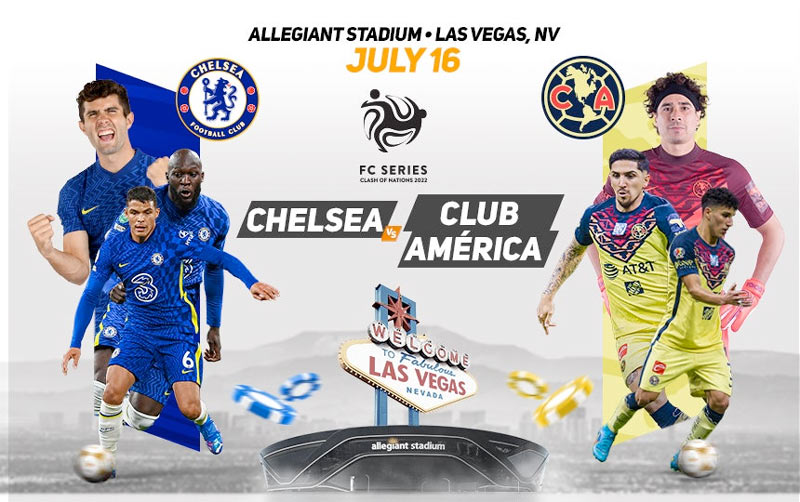 The sensational match between Chelsea Football Club and Club America set to take place in Las Vegas on July 16th.   Both teams will have to prove their expertise on the field as they both have had a great season run in their home leagues. Despite recent ownership problems Chelsea is one of the most successful clubs in Europe for the last decade. They have had great success from winning English Title, Europa League and Champions League trophy. On the other hand Club America has also proved to be of high standard as they have won more FIFA recognized trophies than any other club in their CONCACAF region.

The match will take place as part of the FC Series Clash of Nations series  at Allegiant Stadium, one of the stadiums elaborate in structure worldwide. The home of the Las Vegas Raiders is quickly becoming a hot spot for international soccer.

“Bringing a match of this caliber to Las Vegas will create unparalleled excitement and energy, and we can’t wait to welcome fans from around the world. The players, fans and staff will enjoy the many “Only Vegas” experiences that make Las Vegas the greatest arena on earth, from world class entertainment to unrivaled dining, sports and attractions.”  Las Vegas Convention and Visitors Authority CEO/President Steve Hill:

Book Your Transportation to and from Allegiant Stadium today