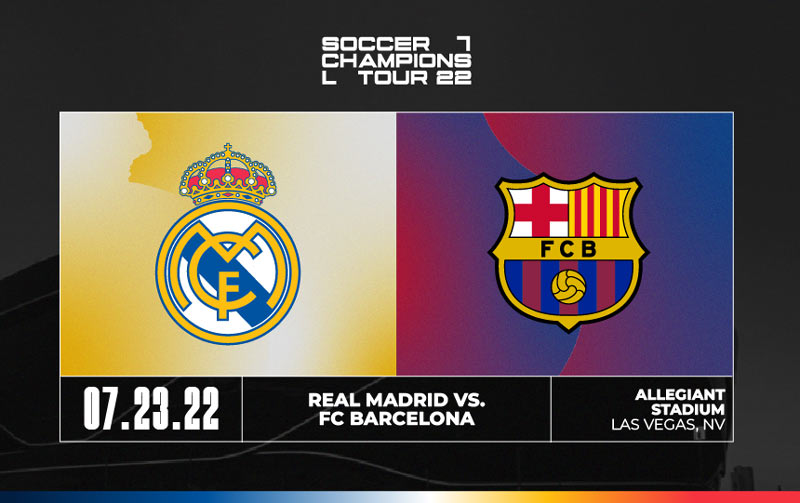 The leading sports and live entertainment company in the world, Anschutz Entertainment Group (AEG), announced the fixtures for the soccer matches in its launch for the Soccer Champions Tour. The international soccer event is set to take place from July 22 to July 30 and will feature five of the most iconic soccer teams in the world, which will play in four cities across the western United States.

Real Madrid and Barcelona are set to rekindle their old Clasico rivalry in Las Vegas on July 23. The La Liga heavyweights will play against each other for the first time on American soil since 2019. The fixture is expected to draw a lot of attention from supporters around the globe, not only those in the United States.

Based on current form, the current 2022 UEFA Champions League and La Liga winner Real Madrid CF are expected to be favorites. On top of the club’s recent success, Real Madrid has also made top signings such as Aurélien Tchouaméni and Eduardo Camavinga, who further strengthen the talent available in the team.

On the other hand, Barcelona continue to try to reverse their fortunes after an abysmal season. However, the track record and legacy of the club cannot be disregarded as well as the pool of young talent consisting of gifted young players such as Pedri. With their club legend Xavi as their head coach, the Catalan giants will surely challenge their rivals Real Madrid.

Real Madrid vs FC Barcelona is to be a classic for sure.

Book your Limousine for the Real Madrid vs FC Barcelona match today.